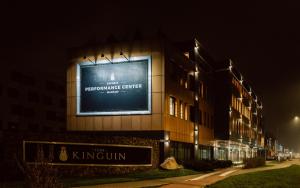 In 2022, 66 bootcamps and 20 special events were held at the Kinguin Esports Performance Center in Warsaw - the state-of-the-art esports training center for players and teams in Europe.

Kinguin EPC is where the best teams in the world train to prepare for tournaments across key esports titles including; Counter-Strike: Global Offensive, League of Legends, Dota 2, FIFA, Rocket League, Fortnite, VALORANT and Rainbow Six: Siege.

Since the start of the war in Ukraine, Kinguin has been actively helping people affected by the conflict. The Kinguin Esports Performance Center is open to all Ukrainian esports players and their families free of charge. To date, it has hosted almost 30 people, and its doors are still open to Ukrainian people in need of support.

Kinguin EPC hosted 20 industry events in 2022 including;. SkillFactor, a talent show where young esports players competed against each other in CS:GO, Deluxe Ski Jump 2 tournament powered by Rockstar Energy Drinks, Esports Skills Camp, modern gaming colonies and practical classes in esports for the University of Physical Culture and Tourism in Pruszków.

Other key events include; Intel Overclocking Masters, journalistic competitions in spinning processors, as well as broadcasts from Kinguin Legends, the world's first tournament featuring the biggest stars in the history of the CS:GO scene.