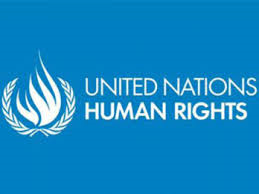 NEW YORK, UNITED STATES, January 24, 2023 /EINPresswire.com/ -- In an appeal to the UN High Commissioner for Human Rights Volker Turk, the Transnational Government of Tamil Eelam (TGTE) have urged him to take action on attack on Tamil protesters by the military when Sri Lankan President was visiting Northern city of Jaffna.

The president of Sri Lanka Mr Ranil Wicramasinghe visited the northern city of Jaffna on the 15’h of January 2023 on the day in which the Tamil population celebrate their harvest festival Which falls on the first day of the first month of the year and treated as an auspicious occasion by Tamils all over the world. In order to sell his political agenda to the Tamil people, the president chose this auspicious time to visit the Tamil heartland, knowing fully well from his past actions that the Tamil people did not feel his visit to Jaffna was intended for an honorable purpose. The Tamil people also felt that his visit was simply to placate the international community and to seek help from the IMF and other international donors to bolster the ailing economy of Sri Lanka, said the letter by the TGTE Minister for Human Rights Mr VP Lingajothy.

The Tamils in the north have much more serious issues to contend with than to simply welcome a president who is well known for his wily actions in diverting the attention of the international community away from the actual problems the Tamils face in Sri Lanka. The Tamils in the north and east have many social, economic, and political issues that affect their day-to-day existence under the Sri Lankan military occupation where there is also no rule of law and the impunity reigns supreme. The thorny issues of the forced disappeared Tamil youths and the forcible land grab of Tamil lands for militarization and Sinhala colonization have not yet been meaningfully addressed by the successive Sri Lankan governments since the end of the war. This festering wounds are the most important human rights issues which the Tamils of Eelam want the Sinhalese leaders to address before any negotiation towards a peaceful settlement to the Tamil National question can be addressed.

When the Tamil feelings are running high, they are in no mood to welcome the president of a country who the Tamils feel are their oppressor. People turned up in large numbers and peacefully protested against the president in Jaffna whose visit was going ahead under very heavy military and police presence. There is one soldier for every 6 citizens in northern Sri Lanka. When spontaneously, the Tamil mothers of the disappeared turned up and showed their displeasure at the presence of Mr. Ranil Wickramasinghe on an auspicious day in their city, their protest was met with police brutality. The police used excessive force causing physical injuries to the mothers of the forced disappeared. A well-known Tamil and Hindu community leader venerable Velan Swamy also has been arrested for allegedly obstructing the president's visit to Jaffna city. The religious dignitary's arrest has sent shock waves amongst the entire Eelam population. People believe these harbingers much worse to come.

It is our belief that a government that doesn't even permit any peaceful opposition including peaceful protests of any kind, is simply not yielding any space for the civilians to participate in any political activity that is recognized in any democratic society.

Although the civil war in Sri Lanka ended some 14 years ago, the militarization of the Tamil homeland and the resulting suppression of the Tamil community continues unabated until today.

We therefore urge your esteemed self to intercede with the Sri Lankan government on behalf of the suppressed voiceless Tamil community in northeast Sri Lanka. As requested by our organization in the UN General Assembly we will also invite you to consider passing a resolution with the view to referring Sri Lanka to the UN security council.

We sincerely hope you will use your good offices to bring this matter to the attention of the UN, concludes the letter.

ABOUT THE TRANSNATIONAL GOVERNMENT OF TAMIL EELAM (TGTE):

The Transnational Government of Tamil Eelam (TGTE) is a democratically elected Government of over a million strong Tamils (from the island of Sri Lanka) living in several countries around the world.

TGTE was formed after the mass killing of Tamils by the Sri Lankan Government in 2009.

TGTE thrice held internationally supervised elections among Tamils around the world to elect 135 Members of Parliament. It has two chambers of Parliament: The House of Representatives and the Senate and also a Cabinet.

TGTE is leading a campaign to realize the political aspirations of Tamils through peaceful, democratic, and diplomatic means and its Constitution mandates that it should realize its political objectives only through peaceful means. It’s based on the principles of nationhood, homeland and self-determination.

TGTE seeks that the international community hold the perpetrators of war crimes, crimes against humanity, and genocide against the Tamil people to account. TGTE calls for a referendum to decide the political future of Tamils.

The Prime Minister of TGTE is Mr. Visuvanathan Rudrakumaran, a New York based lawyer.