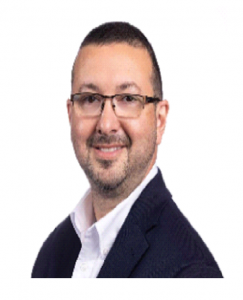 Marc is one of the most accomplished executives in the background screening industry, so we are delighted that he has agreed to bring his talents to County House Research.”
— Barak Zimmerman
PHILADELPHIA, PA, USA, January 24, 2023 /EINPresswire.com/ -- County House Research, Inc. (CHR), a leading provider of in-court public records research in the mid-Atlantic region, announced that it has appointed Marc Bourne as its new Chief Operating Officer. An industry pioneer known for innovation, Mr. Bourne has decades of experience both as a business owner and as a background screening executive. He began his career as vice president of a family-owned business, growing it from a two-person operation into an international background screening, public records research, and investigations company. More recently, Mr. Bourne comes to CHR from Vault Workforce Screening where he put his extensive leadership skills to work as the architect of Vault’s expanded background screening services portfolio. In his new role as COO, Mr. Bourne’s primary focus will be expanding CHR’s product lines and growing its revenue.

Commenting on his appointment Mr. Bourne remarked, “I am extremely honored to be trusted with this new role at such a well-respected company in our industry. CHR President and CEO, B. Zimmerman, said, “Marc is one of the most accomplished executives in the background screening industry, so we are delighted that he has agreed to bring his talents to County House Research.” Mr. Zimmerman added, “Marc is an unparalleled strategist with an innate ability to read our industry. He is the ideal person to help lead CHR’s growth in the coming years.”

One of the founding members of the Professional Background Screening Association (PBSA), Mr. Bourne is the current chair-elect of the Background Screening Credentialing Council. He is also a nationally recognized Private Investigator who serves on the Board of Directors of the Pennsylvania Association of Licensed Investigators (PALI). He is a member of The Vidocq Society, a members-only cold case crime-solving organization. Mr. Bourne holds a Certificate in Product Management and Strategy from the Wharton School of the University of Pennsylvania. He resides in Bensalem, Pennsylvania with his wife and their 10-year-old English bulldog, Dora.

For further information, please contact Kristina Ramos at kramos@countyhouseresearch.com or 215-717-7433.