New British Technology Allows Food Lovers To See Their Dish, Before Ordering It 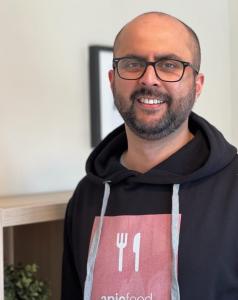 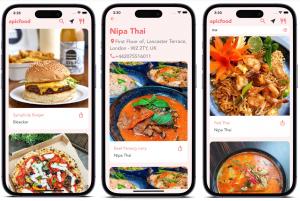 See your food, before you order

Bye Bye BORING Food Menus. A new British innovation allows customers to see the dish, before it arrives from the kitchen

We cut the clutter, which complicates most text only menus. The new ‘apicfood’ app gives customers a clear visualisation of what their plate of food will actually look like, before they order it”
— Muhammad Yahya
MAIDENHEAD, BERKSHIRE, UNITED KINGDON, November 25, 2022 /EINPresswire.com/ --

A British food connoisseur has developed an exciting new way to turn long-winded, text-heavy food-menus, into visual feasts for the eyes. Software engineer Muhammad Yahya became increasingly frustrated when ordering food from typical food menus. When the food arrived, it was rarely what he had visualised.

The Covid-19 pandemic made things even worse. Muhammad said, “Stuck in lockdown, it wasn't just being unable to visit a restaurant, but when home deliveries arrived, they looked nothing like what I was visualising.”

Dedicated ‘foodie’ Muhammad, grew up savouring some of the finest South-East Asian dishes, prepared by his mother. As an immigrant, he yearned for the same exotic experiences he enjoyed, back in his homeland. But whenever he went out to eat, Muhammad became more and more fed-up by what actually arrived on his plate. It rarely compared to what he was expecting, imagining the dish in his head.

Muhammad said, “Problem solving is second nature to me, and I adore simplifying things. Suddenly a thought struck me. Food pictures, instead of boring text menus? And boom! apicfood was born.”

He added, “Humans are naturally visual beings, so at ‘apicfood,’ we cut the clutter, which complicates most text only menus. The new ‘apicfood’ app gives customers a clear visualisation of what their plate of food will actually look like, when it arrives from the kitchen.”

Food menus have been around in Europe since the 18th century. There is a particular need for them in Chinese cuisine, because of the wide range of dishes on offer. Indeed, some of the earliest food menus ever discovered are from the Song Dynasty in China.

The new ‘apicfood’ app allows users to search food from hundreds of dishes available, in every possible cuisine, and expansion is planned for major cities and restaurants all over the UK.

Upcoming features for the app also include food ratings, reviews, plus connection with food delivery apps to make customer choices even easier.